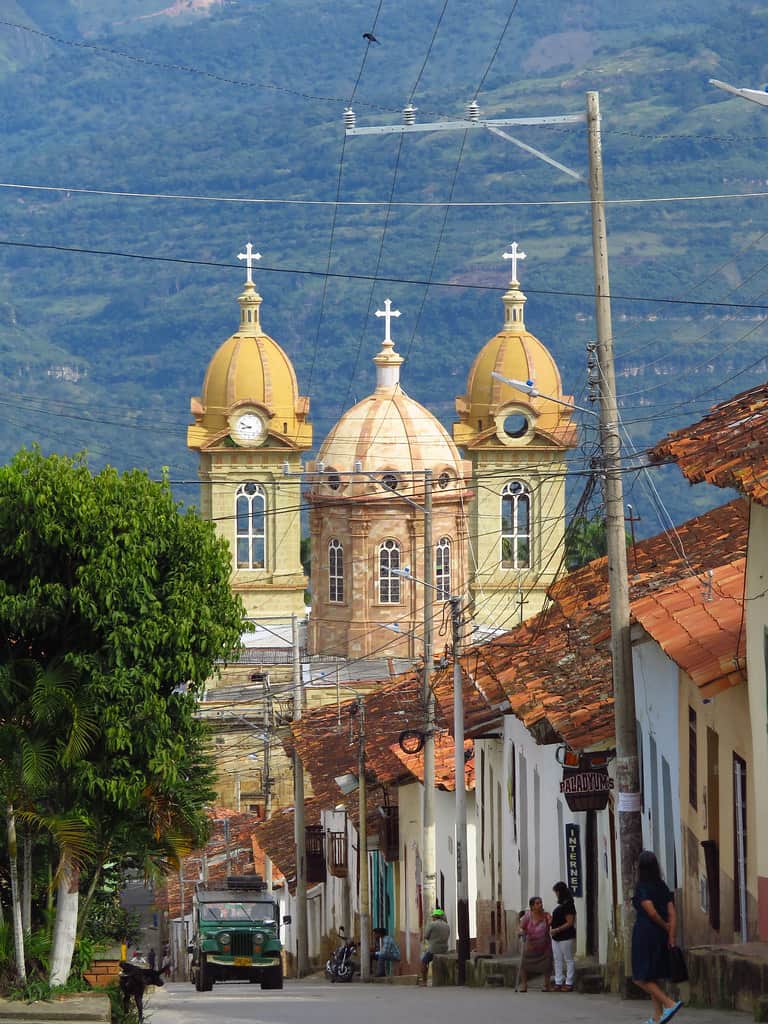 Colombia is full of stunning little towns filled with history, beautiful architecture, and local charm—the Colombian tourism ministry has even created a network of 17 Pueblos Patrimonios(Heritage Towns), bringing them together under one banner. We will introduce you in this serie to these 17 stunning heritage towns.
Today: Socorro
Another of the three Heritage Towns located in the Santander region, Socorro was founded in 1681 and played a vital part in Colombian historyLocated just half an hour from San Gil, it’s an easy day trip.
To understand how the first steps towards the Independence of the Republic were taken, you must visit Socorro, a municipality in the Department of Santander, located 75 miles south of Bucaramanga. Founded on June 16, 1683, it is famous because of its colonial architecture and because it was the epicenter of the Revolución de los Comuneros in 1781, a small-scale local revolt against Spanish oppression that has since been considered an important precursor to Colombia’s independence movement.
Travelers to Socorro, a municipality that is part of the Heritage Villages Network of Colombia, are greeted by tobacco and sugar plantations, which adorn the mountainous countryside. The town is famous because that is where heroine Antonia Santos was shot. You can learn about the history of battles for Independence, and nearby, you can enjoy adventure sports if you like. 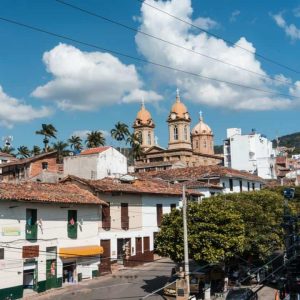 Parque de la Independencia
Located in El Socorro, there is a monument to heroine Antonia Santos. The statue is located at the same place where this woman, the leader of the resistance against the Spanish invasion, was shot to death on July 28, 1819. There is also a statue of José Antonio Galán, hero of the Revolución de los Comuneros, in the park.
Casa de la Cultura Horacio Rodríguez Plata
Located in a large house built at the end of the XVIII Century, which combines colonial and republican architectural styles. You can visit eight exhibit halls there, dedicated to topics such as the comuneros (resistance fighters), Guane culture, and Colombia’s Independence. Heroine Antonia Santos was in a chapel in one of its rooms in 1819.
Charalá
a town that is located 40 minutes south of Socorro, is a destination where travelers can learn about the local tradition of weaving with organic cotton and natural dyes. In Corporación de Recuperación Comunera del Lienzo (Corporation for Restoring Community Weaving), we find the Museo del Algodón (Museum of Cotton), where they sell backpacks, ruanas (a Colombian poncho), and shawls. 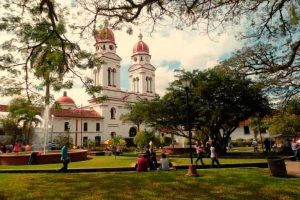 Rafting on the Rio Fonce
A short half-hour trip from Socorro takes you to San Gil, a town where you can go rafting on the Rio Fonce. The sense of freedom and contact with nature is accentuated by the beautiful scenery on either side of the river, that tourists can enjoy as they float along on the current in rubber rafts.
Maria Emilia & BertJan
Die Sonne Hospederia
www.diesonnehospederia.com