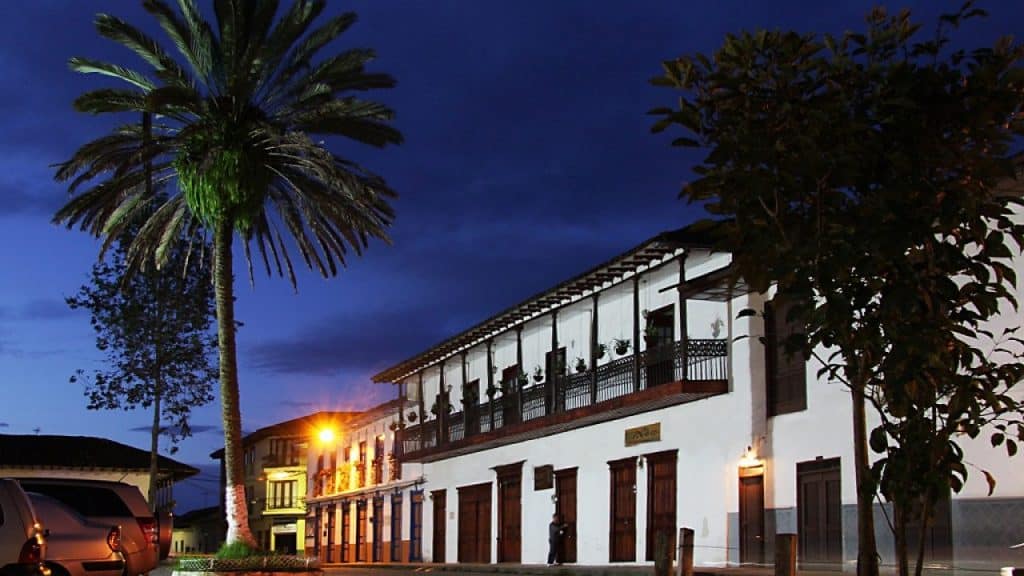 Colombia is full of stunning little towns filled with history, beautiful architecture, and local charm—the Colombian tourism ministry has even created a network of 17 Pueblos Patrimonios(Heritage Towns), bringing them together under one banner. We will introduce you in this serie to these 17 stunning heritage towns.
Today: Salamina
Salamina is one of two Heritage Towns located in the Caldas department and one of the most important and celebrated towns on this list. It’s known as the City of Light because of all the poets, writers, actors, and musicians it has produced but also often called Mother of Nations—it was from Salamina that the founders of many nearby cities set out. A two-hour drive from Manizales will get you there.
Located on top of a hill with steep streets, Salamina, declared a National Monument in 1982, looks in the distance like a collection of adobe houses with tiled roofs. This town was founded on June 8, 1825 and its architecture is a mark of the style that prevailed during the colonization of Antioquia.
At Salamina the influence of the cabinetmaker and carver Tangarife Elisha, who in the mid-nineteenth century promoted a woodworking school, is perceived. The legacy of this teacher is seen in balconies, doors and eaves of this colourful town.
Admire the architecture of the houses of Salamina and learn about the culture of coffee haciendas where you can learn about the cultivation and production of grain are plans in this Caldas town

The Church of the Immaculate Conception
This church holds the title of Minor Basilica of Salamina, was begun in 1856 and completed in 1874. It is notable for its masonry facade. There is also excellent woodwork in the pulpit and on the ceiling and a pipe organ that still works. The structure has a nave with three towers. The balconies
It is difficult to walk the streets of Salamina without constantly looking upward where flower-filled balconies protrude from adobe houses with large courtyards and fountains in the middle. The decorations on the walls are a legacy of the cabinetmaker and carver Tangarife Elisha, who in the mid-nineteenth century promoted a woodworking school that gave its seal to the town.
The fountain
A piece that marks the importance of the town in the early twentieth century is the bronze basin fountain in Bolivar Park. Made in Paris, it was brought in pieces to Colombia in Barranquilla it was packed in crates and travelled down the Magdalena River in canoes before arriving at Salamina on the back of an ox and a mule. Its opening was in 1900 and since then has been a symbol of the region.
Coffee culture
In Salamina and in nearby towns travellers have the opportunity to learn about the culture of coffee when visiting farms where they are taught how to cultivate, thresh and roasted the beans, which are harvested manually. On some farms, in addition, they show visitors how to make coffee from these lands which produce the optimal soft Arabica variety.