Colombia is full of stunning little towns filled with history, beautiful architecture, and local charm—the Colombian tourism ministry has even created a network of 17 Pueblos Patrimonios(Heritage Towns), bringing them together under one banner. We will introduce you in this serie to these 17 stunning heritage towns.
Today: Santa Cruz de Lorica

One of only a few Heritage Towns located along Colombia’s coast, Santa Cruz de Lorica is situated in the Córdoba department about one hour from the regional capital of Montería. Lorica was once the site of Syrian and Lebanese immigration, which is reflected its unique and beautiful architectural style and makes its riverside marketplace a delightful place to visit.
The Sinú River is key to understanding the spirit of Lorica. The waterway has given the town life and imbued the town with a joyous, open nature that receives visitors from all over the world. In the mid-nineteenth century, immigrants from France, Belgium, England and America came to this Heritage Village via the Sinú, attracted by the rich natural resources of the region; they were then followed by the Syrians and Lebanese, who contributed to its further development.
Founded on May 3, 1740, Santa Cruz de Lorica boasts a rich culture that is reflected in its architecture. Visitors can tour its historic center and buy handicrafts made of caña fleche, a grass fiber. Elsewhere in the department of Cordoba.

Festival of the donkey:
At the Festival of the Donkey, which takes place in San Antero, north of Lorica, the donkey stands front and center as the festival’s guest of honor. The festival takes place during Holy Week and is a great example of the exuberance of the Caribbean people, who make elaborate masks for the donkeys to wear and participate in dances and parades. Travelers can attend competitions for the best donkeys, as well as the coronation of the donkey king and queen.

Cathedral of Santa Cruz de Lorica:
Like many buildings in Lorica, the cathedral, which was erected in 1700, is the result of the mixture of contributions from various cultures. The cathedral clock was brought over from Italy and donated by the Lebanese-Syrian colony in 1920, and the bells were imported from Portugal. Tourists can visit this church in Independence Park, in the town center. 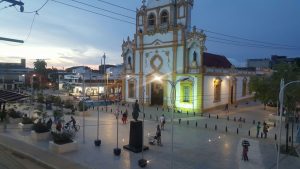 Historic Centre:
Lorica is a town known for its architecture, with a historic center built in a blend of Republican-era and Arabic styles. Highlights include the marketplace, declared a National Monument, and buildings such as the Municipal Palace, the church, the rectory, and the Lorica Club. Travelers can visit the Afife Matuk house, whose columns and floors are representative of the Lebanese-Syrian influence. 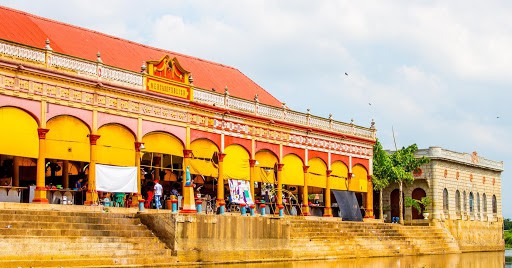 San Bernardo del Viento:
Lie down on the soft yellow sand and soak up the sun in San Bernardo del Viento, northwest of Lorica. This part of the northern department of Cordoba is an hour and a half away from Monteria and Sincelejo, and less than an hour from Tolú and Coveñas. Accommodation overlooking the sea is available to visitors.

Cispatá Bay:
This bay north of Lorica, is part of the Department of Córdoba and home to the traditional fishing village of San Antero. There, visitors enjoy the sea and fresh water, as there are beaches which also border the Caimanera marsh. Cispatá Bay is ideal for a ferry ride.